Work hand in hand with research

The Stargardt Foundation groups and federates people with Stargardt disease in order to dymamise medical research and facilitate the development of new  treatments  with the aim of stopping the disease and restore vision.

Created in 2013 by Denis Cayet,  french Contractor in Innovating Projects, the Stargardt Foundation wishes to establish an activ interaction between patients with Stargardt disease, carriers of muting ABCA4 gene, and the world of scientific research.

The Foundation collaborates with internationaly reknown teams of researchers in ophtalmology, biology, gene and cell therapy, and hospital departments.

Searches and carriers of the Stargardt disease make the heart of the foundation.

2017 : The Stargardt FOUNDATION COMMITS in research

In 2017, in connection with RETINA France, Stargardt Foundation continues to subsidize basic research in pharmacology  worn by French teams. 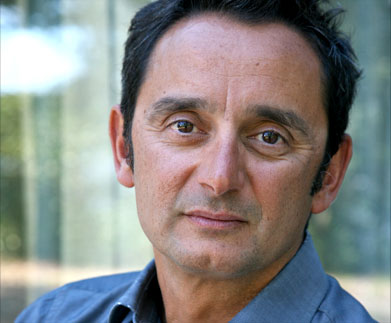 Create a community of patients with Stargardt disease.

Give clear and exhaustive information on Stargardt disease.

Support medical research and create a partnership with scientific teams.

In the  treatment of  orphan diseases, the aim of gene therapy is to introduce in a patient  with genetic mutation, the copy of the normal gene or of the modified gene responsible for deficiency.

Scientifics are studying the adaptation of drug molecules with an interaction on direct or indirect molecular mecanisms of vision process.

The evoluation of the Stargardt disease results in deterioration and death of the photorecptors in the macula. Cell therapy is one of the actual areas of research.

The artificial retina is a prosthesis installed to compensate the loss and the dysfunction of photoreceptors.